The Evolution of Fatherhood 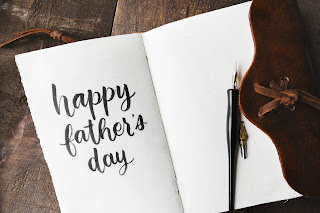 Since America was founded, the roles and responsibilities of fathers have changed dramatically:

It has been said that the only constant is change. That has proven to be true of parenting. It’s also true of financial goals. If your goals or objectives have changed, please give us a call. We’re always happy to help at Hagen Financial Network, Inc.

Have a fabulous Father's Day!

Tariffs off the table

Surprise! It was a great week for markets.

Since the U.S.-China trade conflict resumed in early May, investors have been off balance. The possibility of escalating tariffs on Mexico heightened economic uncertainty. Then, last week’s unemployment report arrived with less than stellar news – just 75,000 jobs were created in May. The number was well below expectations. The Bureau of Labor Statistics revised March and April employment numbers downward, too.1, 2, 3

We know investors hate uncertainty. So, why did major U.S. indices rally?

The answer may be hope. There was hope negotiations with Mexico would produce results and tariffs would be avoided. There was hope trade issues with China, in tandem with less-than-stellar economic news, would encourage the Federal Reserve to cut rates. There was hope lower rates would stimulate the economy and lift share prices higher.4, 5

Investors were right about Mexico and tariffs.

On Saturday, The Wall Street Journal reported the United States and Mexico reached a last-minute agreement on immigration that takes tariffs off the table for now.6 It was good news. Before the agreement was reached, the vice president of the Center for Automotive Research told PBS NewsHour, “…the cost of a vehicle, a new vehicle in the U.S. is going to go up somewhere between $1,100 and $5,400 a vehicle…It will hit GDP, up to [a] $34 billion hit to GDP. And we would see almost 400,000 American jobs disappear.”7

Investors may be right about interest rates, too. Expectations for Fed rate cuts are rising. MarketWatch reported, “The fed fund futures market now show traders see a 72 percent chance of a rate cut at the Fed’s July 31 meeting, and an around 23 percent probability of a rate cut in the June 19 meeting.”8

Last week, the Dow Jones Industrial Average and Standard & Poor’s 500 Index each gained more than 4 percent. The Nasdaq Composite was up 3.9 percent.4

S&P 500, Dow Jones Global ex-US, Gold, Bloomberg Commodity Index returns exclude reinvested dividends (gold does not pay a dividend) and the three-, five-, and 10-year returns are annualized; and the 10-year Treasury Note is simply the yield at the close of the day on each of the historical time periods.
Sources: Yahoo! Finance, MarketWatch, djindexes.com, London Bullion Market Association.
Past performance is no guarantee of future results. Indices are unmanaged and cannot be invested into directly. N/A means not applicable.

how much is the wedding going to cost you? You may not have noticed, but the average cost of weddings has risen sharply – and not just for the bride and groom and their parents. Costs have also increased for members of the wedding party and guests.9

One reason for rising costs is the popularity of destination weddings. One-quarter of weddings take place far from home, as couples opt for sunset weddings on the beach in the Virgin Islands or nuptials shared under blossoming cherry trees in Washington, D.C. and Japan. TripSaavvy.com reported:10, 11

“Yes, we all know that the cost of weddings has become ridiculously exorbitant, at an average cost of $33,391 per wedding (that’s almost $240 per guest). Meanwhile, the median household income in the United States is $59,039. It is so common to see this preposterous amount of money spent that it doesn’t really faze me anymore…As a wedding guest to an in-town wedding, you need to account for clothing, transportation, gift, and (potentially) booze. That can easily amount to $300. If it is out of town, hold your horses. By adding in travel and accommodation costs, you can easily be up to $700…If you are in the wedding, just throw your wallet in the toilet and flush.”

If you have relatives you’d rather not see, having your wedding on a mountaintop in Patagonia may be a sound choice. More than one-half of those surveyed said cost would prevent them from attending destination weddings.10

There are other options. Couples could have small weddings near home or elope to exotic destinations and then have celebratory parties when they get home. Whoever is footing the bill would be able to bank the savings as an investment in the future.

* These views are those of Carson Coaching, and not the presenting Representative or the Representative’s Broker/Dealer, and should not be construed as investment advice.
* This newsletter was prepared by Carson Coaching. Carson Coaching is not affiliated with the named broker/dealer.
* Government bonds and Treasury Bills are guaranteed by the U.S. government as to the timely payment of principal and interest and, if held to maturity, offer a fixed rate of return and fixed principal value.  However, the value of fund shares is not guaranteed and will fluctuate.
* Corporate bonds are considered higher risk than government bonds but normally offer a higher yield and are subject to market, interest rate and credit risk as well as additional risks based on the quality of issuer coupon rate, price, yield, maturity, and redemption features.
* The Standard & Poor's 500 (S&P 500) is an unmanaged group of securities considered to be representative of the stock market in general. You cannot invest directly in this index.
* All indexes referenced are unmanaged. Unmanaged index returns do not reflect fees, expenses, or sales charges. Index performance is not indicative of the performance of any investment.
* The Dow Jones Global ex-U.S. Index covers approximately 95% of the market capitalization of the 45 developed and emerging countries included in the Index.
* The 10-year Treasury Note represents debt owed by the United States Treasury to the public. Since the U.S. Government is seen as a risk-free borrower, investors use the 10-year Treasury Note as a benchmark for the long-term bond market.
* Gold represents the afternoon gold price as reported by the London Bullion Market Association. The gold price is set twice daily by the London Gold Fixing Company at 10:30 and 15:00 and is expressed in U.S. dollars per fine troy ounce.
* The Bloomberg Commodity Index is designed to be a highly liquid and diversified benchmark for the commodity futures market. The Index is composed of futures contracts on 19 physical commodities and was launched on July 14, 1998.
* The Dow Jones Industrial Average (DJIA), commonly known as “The Dow,” is an index representing 30 stock of companies maintained and reviewed by the editors of The Wall Street Journal.
* The NASDAQ Composite is an unmanaged index of securities traded on the NASDAQ system.
* International investing involves special risks such as currency fluctuation and political instability and may not be suitable for all investors. These risks are often heightened for investments in emerging markets.
* Yahoo! Finance is the source for any reference to the performance of an index between two specific periods.
* Opinions expressed are subject to change without notice and are not intended as investment advice or to predict future performance.
* Economic forecasts set forth may not develop as predicted and there can be no guarantee that strategies promoted will be successful.
* Past performance does not guarantee future results. Investing involves risk, including loss of principal.
* You cannot invest directly in an index.
* Stock investing involves risk including loss of principal.
* The foregoing information has been obtained from sources considered to be reliable, but we do not guarantee it is accurate or complete.
* There is no guarantee a diversified portfolio will enhance overall returns or outperform a non-diversified portfolio. Diversification does not protect against market risk.
* Asset allocation does not ensure a profit or protect against a loss.
* Consult your financial professional before making any investment decision.
* To unsubscribe from the “Peek of the Week,” please reply to this email with “Unsubscribe” in the subject line or write us at: Hagen Financial Network, Inc; 4640 Nicols Rd. – Suite 203; Eagan, MN 55122.

Posted by Hagen Financial Network at 11:01 AM Links to this post