So, when is the Federal Reserve going to increase the rate for overnight borrowing?

It’s a question that has plagued bond investors throughout the first quarter of 2015. In January, 10-year Treasury yields fell as low as 1.6 percent. Early in March, they rose to about 2.2 percent before falling back below 2.0 percent. The Financial Times reported:

“Higher volatility is typical when markets are on the cusp of a major turning point, and that has been the story so far this year for U.S. Treasury debt… The year has already been characterized by big swings in bond yields, which move inversely with prices… The lack of a clear signal over when policy shifts towards a tightening phase may provide the central bank with greater flexibility but does not quell the uncertainty facing investors.”

In recent weeks, Fed Chairwoman Janet Yellen indicated the timing and pace of a rate change would be determined by economic data. In general, the Fed considers a variety of employment and inflation measures when determining policy. The Times suggested bond markets have priced out the possibility of a June rate hike, although several Federal Reserve officials recently said a June increase is still under consideration.

Your grandparents and great-grandparents saw a lot of things change during their lifetimes… During the 20th century, the first Nobel prizes were awarded. The first license plates were issued. The first World Series was played. Americans lived through McCarthyism, the Great Depression, and Orson Welles’ ‘The War of the Worlds’ broadcast. Rock and roll became popular. The first theme parks opened, NASA was formed, and Earth Day was introduced. Two World Wars were fought as well as the Vietnam, Korean, and Gulf Wars. The Gold Standard ended and the tech revolution arrived.

Many of these events had immediate or eventual implications for industries – automobiles, sports, communications, entertainment, defense, technology, and others – as well as financial markets. The last decade has seen some significant changes, too. Here are a few milestones we’ve witnessed:

2006: The United States population passed 300 million. (100 million in 1915; 200 million in 1967)
2007: More babies were born in the United States than in any other year in American history.
2008: Nielsen reported texting had become more popular than calling.
2009: More people lived in urban areas than in rural areas across the globe.
2010: This was the hottest year since 1880 – until the record was broken again in 2014.
2011: Digital music sales overtook physical music sales for the first time ever.
2012: China became the world’s biggest trading nation and largest pork producer.
2013: The United States overtook the Saudis to become the world’s biggest oil producer.
2014: China’s economy surpassed that of the United States.
2015: Millennials (born 1980 to late 1990s) became our nation’s largest living generation.

When considering investment opportunities, it can be helpful to ponder the ways in which demographic and economic shifts may affect the future and what types of businesses may benefit (or not benefit) from the changes. 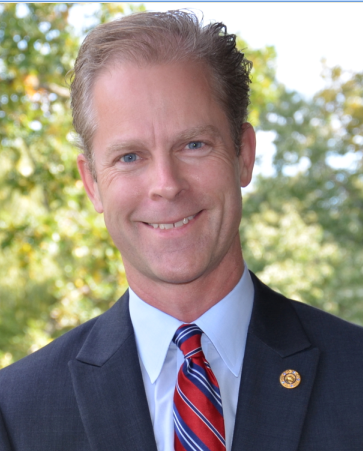 P.S.  Please feel free to forward this commentary to family, friends, or colleagues. If you would like us to add them to our list, please reply to this e-mail with their e-mail address and we will ask for their permission to be added.