Statistics means never having to say your certain, and that was certainly true last week. That and more in this week's PEEK of the WEEK from Hagen Financial Network. 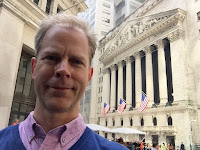 Statistics means never having to say your certain, and that was certainly true last week.

The employment report, which was released on Friday, was a bit short on jobs. Analysts had predicted employers would add about 162,000 new jobs during May, according to CNBC. Instead, a paltry 38,000 jobs added to payrolls.

The United States Department of Labor focused on the fact the United States has experienced 75 consecutive months of private-sector jobs growth, as well as the significant decline in unemployment. The unemployment rate fell from 5.0 percent to 4.7 percent – but it was largely attributed to Americans leaving the labor force.

United States Secretary of Labor Thomas E. Perez commented, “At this point in a recovery, we expect to see trade-offs between job growth and strong wage growth. Earnings growth in May was encouraging. So far this year, average hourly earnings for private employees have increased 3.2 percent at an annual rate.”

The anemic employment report triggered concern that U.S. economic recovery may be slowing. That, in turn, means the Federal Reserve may not implement measures designed to push interest rates higher during its June meeting. CNBC reported the probability of a Fed rate hike dropped from 21 percent to 4 percent after the employment report.

what are your wages worth? We’ve written about The Economist’s Big Mac Index, which is a lighthearted way to gauge whether countries’ currencies are at the correct levels – just compare the price of a hamburger in each country. At the start of the year, you could buy a Big Mac pretty cheaply in Russia ($1.53), Hong Kong ($2.48), or Taiwan ($2.08).

There are differences in how much things cost from state-to-state, too. Pew Research Center used federal wage data to determine which regions of the United States had the lowest and highest wages after adjusting for differences in cost-of-living:

“As we’ve noted before, prices for everything from housing to groceries vary widely from place to place, with the result being that a given income can mean very different things in New York, New Orleans, or New Bern, North Carolina. To get a handle on those variations, one can use the “regional price parities,” or RPPs, developed by the federal Bureau of Economic Analysis. The RPPs measure local price levels in each of the nation’s 381 metropolitan statistical areas, as well as the nonmetropolitan portions of states, relative to the overall national price level.”

“The best fishermen I know try not to make the same mistakes over and over again; instead they strive to make new and interesting mistakes and to remember what they learned from them.”
--John Gierach, American author (and fisherman) 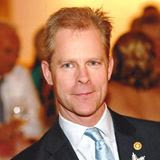 Posted by Hagen Financial Network at 10:31 AM