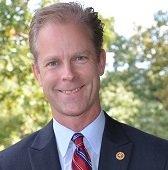 We’re off to a good start.

Investors who remained steady during December’s wild ride are probably pleased with their decision as stocks have gotten off to a strong start in 2019. Unfortunately, those who reduced their exposure to the asset class may be feeling the sting of missed opportunity.

Last week, the Dow Jones Industrial Average gained about 3 percent. The Index is up 5.9 percent year-to-date, which is its best start in more than a decade, according to Ben Levisohn of Barron’s. The Standard & Poor’s 500 Index (S&P 500) and NASDAQ Composite also moved higher last week.

Barron’s reported investors were encouraged by positive news about trade talks between the United States and China, as well as stronger-than-expected fourth quarter earnings. Eleven percent of S&P 500 companies have reported so far and, altogether, their earnings have beaten expectations by 3.2 percent, according to FactSet. (Quarterly earnings indicate how profitable a company was during the period being reported.)

The FTSE All-World Index also moved higher last week. It is up almost 8.5 percent for the year.

Richard Henderson, Emma Dunkley, and Robin Wigglesworth of Financial Times offered the opinion investors could have been overly pessimistic during December, and their change in attitude might be attributed to a more dovish tone at the U.S. Federal Reserve, as well as evidence the U.S. economy remains strong.

While investor confidence appears to be strengthening, consumer confidence wavered. The University of Michigan Survey of Consumers showed consumer confidence was lower in January 2019 than it was in January 2018. The Survey’s Chief Economist Richard Curtin wrote, “The loss was due to a host of issues including the partial government shutdown, the impact of tariffs, instabilities in financial markets, the global slowdown, and the lack of clarity about monetary policies.”

Past performance is no guarantee of future results. Indices are unmanaged and cannot be invested into directly. N/A means not applicable.


how much would those burgers cost in britain? Purchasing power parity, or PPP, is a straightforward idea with a tongue twister of a name. When two countries have PPP, people pay the same amount for the same goods, after adjusting for the exchange rate. For example, if one British pound is worth 50 U.S. cents, then an item that costs one British pound in the United Kingdom should cost 50 cents in the United States.

The Economist developed ‘The Big Mac Index’ to measure burger parity. It’s an engaging way to look at local prices and exchange rates. The index measures the price of the seven-ingredient, double-decker burger in different countries and offers a rough estimate of whether a country’s currency is overvalued or undervalued relative to the U.S. dollar.

In January 2019, the index served up the news that almost every currency, in developed and emerging economies, is undervalued relative to the U.S. dollar. The only countries with currencies that appear to be overvalued are Switzerland, Norway, and Sweden.

So, how undervalued are other countries’ currencies?

The Economist explained, “It is not unusual for emerging-market currencies to look weak in our index. But, today the dollar towers over rich and poor alike. The pound, for example, looked reasonably priced five years ago. Today, Americans visiting Britain will find that [burgers] are 27 percent cheaper than at home.”

The U.S. dollar is stronger than usual because higher interest rates and tax cuts made American assets more attractive to investors than other assets in 2018, reported The Economist.

“Wealth begins in a tight roof that keeps the rain and wind out; in a good pump that yields you plenty of sweet water; in two suits of clothes, so to change your dress when you are wet; in dry sticks to burn; in a good double-wick lamp; and three meals; in a horse, or a locomotive, to cross the land; in a boat to cross the sea; in tools to work with; in books to read; and so, in giving, on all sides, by tools and auxiliaries, the greatest possible extension to our powers, as if it added feet, and hands, and eyes, and blood, length to the day, and knowledge, and good-will.”

* These views are those of Carson Group Coaching, and not the presenting Representative or the Representative’s Broker/Dealer, and should not be construed as investment advice.

* Government bonds and Treasury Bills are guaranteed by the U.S. government as to the timely payment of principal and interest and, if held to maturity, offer a fixed rate of return and fixed principal value.  However, the value of fund shares is not guaranteed and will fluctuate.

* Corporate bonds are considered higher risk than government bonds but normally offer a higher yield and are subject to market, interest rate and credit risk as well as additional risks based on the quality of issuer coupon rate, price, yield, maturity, and redemption features.

* The Standard & Poor's 500 (S&P 500) is an unmanaged group of securities considered to be representative of the stock market in general. You cannot invest directly in this index.

* All indexes referenced are unmanaged. Unmanaged index returns do not reflect fees, expenses, or sales charges. Index performance is not indicative of the performance of any investment.

* The Dow Jones Global ex-U.S. Index covers approximately 95% of the market capitalization of the 45 developed and emerging countries included in the Index.

* Gold represents the afternoon gold price as reported by the London Bullion Market Association. The gold price is set twice daily by the London Gold Fixing Company at 10:30 and 15:00 and is expressed in U.S. dollars per fine troy ounce.

* The Bloomberg Commodity Index is designed to be a highly liquid and diversified benchmark for the commodity futures market. The Index is composed of futures contracts on 19 physical commodities and was launched on July 14, 1998.

* The DJ Equity All REIT Total Return Index measures the total return performance of the equity subcategory of the Real Estate Investment Trust (REIT) industry as calculated by Dow Jones.

* The Dow Jones Industrial Average (DJIA), commonly known as “The Dow,” is an index representing 30 stock of companies maintained and reviewed by the editors of The Wall Street Journal.

* The NASDAQ Composite is an unmanaged index of securities traded on the NASDAQ system.

* International investing involves special risks such as currency fluctuation and political instability and may not be suitable for all investors. These risks are often heightened for investments in emerging markets.

* Yahoo! Finance is the source for any reference to the performance of an index between two specific periods.

* Opinions expressed are subject to change without notice and are not intended as investment advice or to predict future performance.

* Economic forecasts set forth may not develop as predicted and there can be no guarantee that strategies promoted will be successful.

* Past performance does not guarantee future results. Investing involves risk, including loss of principal.

* You cannot invest directly in an index.


* The foregoing information has been obtained from sources considered to be reliable, but we do not guarantee it is accurate or complete.


* Asset allocation does not ensure a profit or protect against a loss.


* Consult your financial professional before making any investment decision.

http://www.sca.isr.umich.edu (or go to https://s3-us-west-2.amazonaws.com/peakcontent/+Peak+Commentary/01-22-19_SurveysOfConsumers-January_2019_Consumer_Confidence-Footnote_5.pdf)