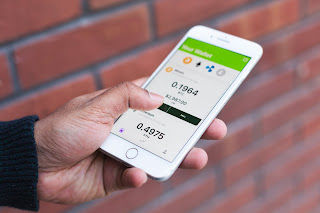 What will the Federal Reserve do now?

There was unexpected economic news last week. On Friday, the Bureau of Labor Statistics announced 224,000 new jobs were added in June, which was more than analysts had anticipated. The gains were offset a bit by reductions in April and May employment estimates. However, overall, the pace of jobs growth during second quarter was fairly consistent with jobs growth during the first quarter, reported Matthew Klein of Barron’s.

Not everyone was jumping for joy, however.

The performance of the bond market continued to indicate some investors are worried about the possibility of recession. The yield curve remained inverted last week with the 10-year Treasury note trading at lower yields than 3-month Treasury bills. Yield curve inversions have been harbingers of recession in the past, reported Ben Levisohn of Barron’s.

Time may provide greater clarity about the strength of the American economy. April Joyner of Reuters reported,

“It will likely take several months of economic data - along with results from the corporate earnings season later this month - to clarify the picture, investors say. In contrast to Friday’s upbeat employment report, data earlier this week showed U.S. manufacturing and service activity in June declined to multi-year lows… Future data…may end up either confirming recession fears or altogether dashing the hopes for interest-rate cuts that have buoyed stocks.”

In its July meeting, the Federal Reserve will examine economic data and decide whether to lower rates. Investors have been anticipating a rate cut, reported Greg Robb of MarketWatch. If it doesn’t happen, stock markets could be a bit volatile.

S&P 500, Dow Jones Global ex-US, Gold, Bloomberg Commodity Index returns exclude reinvested dividends (gold does not pay a
dividend) and the three-, five-, and 10-year returns are annualized; and the 10-year Treasury Note is simply the yield at the close of the day
on each of the historical time periods.
Sources: Yahoo! Finance, MarketWatch, djindexes.com, London Bullion Market Association.
Past performance is no guarantee of future results. Indices are unmanaged and cannot be invested into directly. N/A means not applicable.

succumbing to the power of digital persuasion or not. A lot has been written about Americans and smartphones – the crowd favorite among mobile devices. Eighty-five percent of U.S. participants in the 2018 Deloitte Global Mobile Survey owned smartphones and checked their phones about 14 billion times a day.

Which amounts to approximately 52 times each. If you figure Americans are awake about 960 minutes each day, they check their phones every 18 minutes.

Almost three-in-ten Americans say that what they see on social media influences their decisions to buy or not buy. The percent rises to five-in-ten for millennials, according to the UPS Pulse of the Online Shopper Survey™.

It is little wonder social media influencers have become a staple of digital marketing.

What are influencers? The Influencer Marketing Hub describes an influencer like this:

“An influencer is an individual who has the power to affect purchase decisions of others because of his/her authority, knowledge, position or relationship with his/her audience.”

Influencing has become a bona fide career path, a job with has its own set of Federal Trade Commission guidelines. For example, truth in advertising requires influencers to indicate when they’ve being paid to promote a product and also when they’ve received the product for free. Consumers should see the letters #ad before a comment or tweet when the influencer is promoting a brand or product.

Not everyone is impressed with the influence of influencers. CBC reported the owner of a Los Angeles ice cream truck got fed up with requests for free ice cream in exchange for online exposure. His solution was to start charging influencers twice the going rate.

The lesson may be that influence should be used judiciously.

“One thing I've learned through all the ups and downs is that if you're doing things right, then you have a core group of people. Not just a core group like your homies or your buddies, but a group of people that has a good influence on you, who you respect and admire, and you know that if they're on your side, you're doing something right.”
--Hope Solo, former United States national soccer team goalkeeper

* These views are those of Carson Coaching, and not the presenting Representative or the Representative’s Broker/Dealer, and should not be construed as investment advice.
* This newsletter was prepared by Carson Coaching. Carson Coaching is not affiliated with the named broker/dealer.
* Government bonds and Treasury Bills are guaranteed by the United States government as to the timely payment of principal and interest and, if held to maturity, offer a fixed rate of return and fixed principal value.  However, the value of fund shares is not guaranteed and will fluctuate.
* Corporate bonds are considered higher risk than government bonds but normally offer a higher yield and are subject to market, interest rate and credit risk as well as additional risks based on the quality of issuer coupon rate, price, yield, maturity, and redemption features.
* The Standard & Poor's 500 (S&P 500) is an unmanaged group of securities considered to be representative of the stock market in general. You cannot invest directly in this index.
* All indexes referenced are unmanaged. Unmanaged index returns do not reflect fees, expenses, or sales charges. Index performance is not indicative of the performance of any investment.
* The Dow Jones Global ex-U.S. Index covers approximately 95% of the market capitalization of the 45 developed and emerging countries included in the Index.
* The 10-year Treasury Note represents debt owed by the United States Treasury to the public. Since the U.S. Government is seen as a risk-free borrower, investors use the 10-year Treasury Note as a benchmark for the long-term bond market.
* Gold represents the afternoon gold price as reported by the London Bullion Market Association. The gold price is set twice daily by the London Gold Fixing Company at 10:30 and 15:00 and is expressed in U.S. dollars per fine troy ounce.
* The Bloomberg Commodity Index is designed to be a highly liquid and diversified benchmark for the commodity futures market. The Index is composed of futures contracts on 19 physical commodities and was launched on July 14, 1998.
* The Dow Jones Industrial Average (DJIA), commonly known as “The Dow,” is an index representing 30 stock of companies maintained and reviewed by the editors of The Wall Street Journal.
* The NASDAQ Composite is an unmanaged index of securities traded on the NASDAQ system.
* International investing involves special risks such as currency fluctuation and political instability and may not be suitable for all investors. These risks are often heightened for investments in emerging markets.
* Yahoo! Finance is the source for any reference to the performance of an index between two specific periods.
* Opinions expressed are subject to change without notice and are not intended as investment advice or to predict future performance.
* Economic forecasts set forth may not develop as predicted and there can be no guarantee that strategies promoted will be successful.
* Past performance does not guarantee future results. Investing involves risk, including loss of principal.
* You cannot invest directly in an index.
* Stock investing involves risk including loss of principal.
* The foregoing information has been obtained from sources considered to be reliable, but we do not guarantee it is accurate or complete.
* There is no guarantee a diversified portfolio will enhance overall returns or outperform a non-diversified portfolio. Diversification does not protect against market risk.
* Asset allocation does not ensure a profit or protect against a loss.
* Consult your financial professional before making any investment decision.
* To unsubscribe from the “Peek of the Week” please reply to this email with “Unsubscribe” in the subject line or write us at: Hagen Financial Network, Inc.; 4640 Nicols Rd – Suite 203; Eagan, MN 55122.

Posted by Hagen Financial Network at 11:46 AM